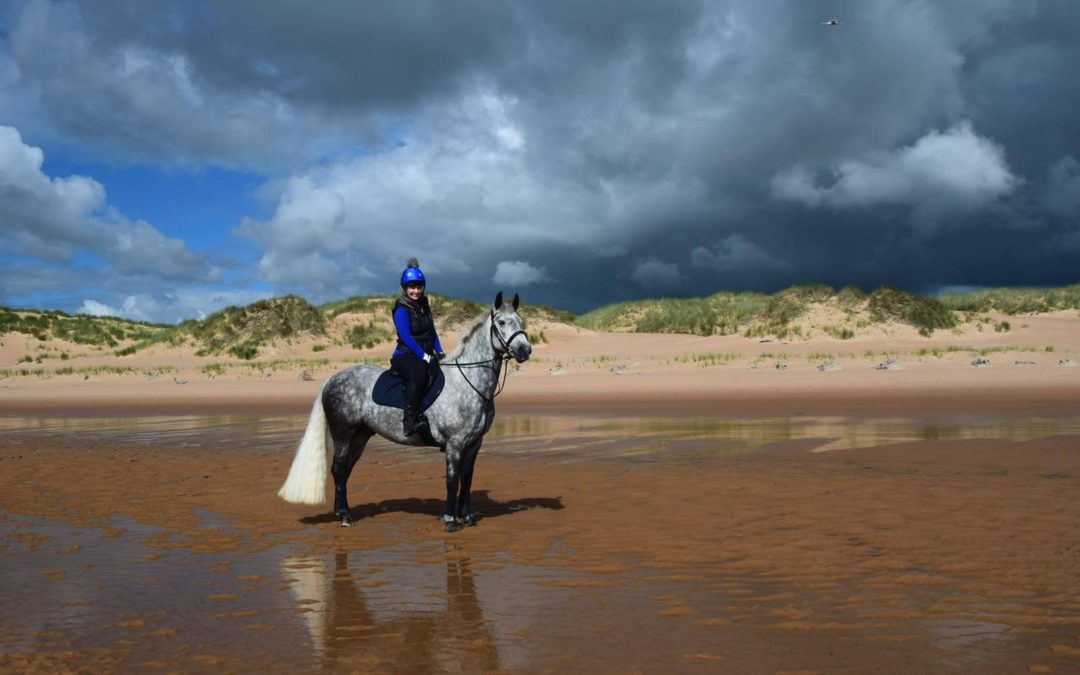 After bad experiences buying horses tried and tested in Scotland, in 2015 (after a couple of years of following Kevin) I finally took the plunge and bought my first Connemara unseen from him.

I was nervous to say the least, but 5 year old Rohan arrived exactly as described, the loveliest boy and a true all rounder. I said at the time it was an easier process than buying my winter coat and I wasn’t joking!

Sadly a few years later personal circumstances meant I had to give up horses for a while and I sold Rohan , but it didn’t take long before I contacted Kevin again for my next connie, and along came Casper. Again, the easiest process, I knew I could trust Kevin 100%. Kevin and team backed Casper and he was soon on his way to Scotland.

The kindest, sweetest and most level headed 3 year old stepped off the lorry and he is an absolute joy in every way. I have such high hopes for our journey together.

Kevin is honest, trustworthy and has an eye for a Connemara like no other! I wouldn’t hesitate to recommend Kevin to anyone looking for that special Connie to join their family.